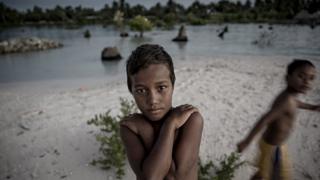 Image copyright Jonas Gratzer Image caption People who live on some Pacific islands are worried they will lose their homes to the sea if temperature rise exceeds 1.5C

It is likely to be the most critical and controversial report on climate change in recent years.

Leading scientists are meeting in South Korea this week to see if global temperatures can be kept from rising by more than 1.5C this century.

The world has already passed one degree of warming as carbon emissions have ballooned since the 1850s.

Many low-lying countries say they may disappear under the sea if the 1.5C lim