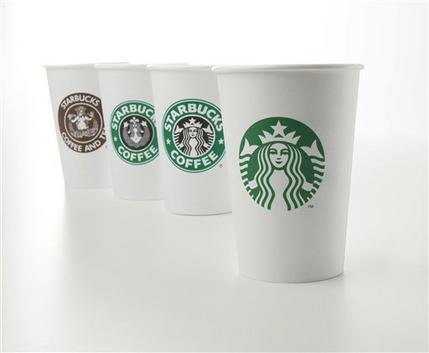 In this undated product image provided by Starbucks, the company's new 40-year anniversary logo is seen on a cup at right. Other cups bearing the company's logo from over the years, from left, 1971, 1987, and 1992, are also shown. (AP Photo/Starbucks)

Associated Press: Starbucks Corp. is giving its siren a facelift.

The world's largest coffee company is unveiling a new logo Wednesday that drops the words encircling its iconic sea nymph and gives her a few subtle updates.