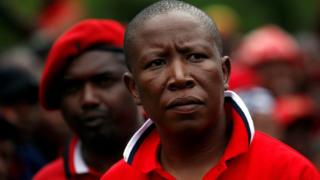 He is accused of urging his supporters to occupy white-owned land in a speech he gave in June, in contravention to the 1956 Riotous Assemblies Act.

A judge has agreed to postpone his trial while he challenges the act in the Constitutional Court.