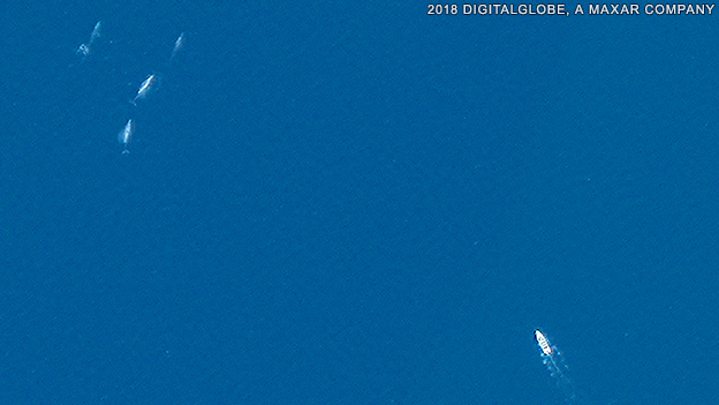 UK scientists have demonstrated the practicality of counting whales from space.

The researchers, from the British Antarctic Survey (BAS), have been using the highest resolution satellite pictures available.

Even when taken from 620km up, this imagery is sharp enough to capture the distinctive shapes of different species.

The team will soon conduct an audit of fin whales in the Mediterranean.

The first-of-its-kind assessment will be partly automa