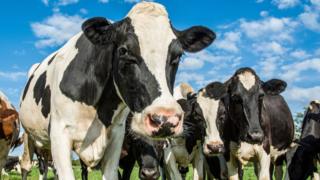 Farming creates 10% of the UK’s emissions, and farmers have long been criticised for their failure to tackle their pollution.

But the NFU says the industry can reduce gases almost completely by 2040 - a decade ahead of the government’s overall zero emissions target.

Environmentalists welcomed elements of the plan.

But Friends of the Earth said it was astonis