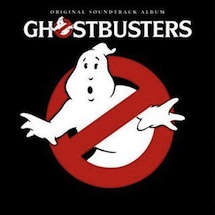 Back then, Ghostbusters was my shit. I knew all the words to that movie when I was, like, two-- I would say all the bad words and get in trouble. And the theme song was big, [sings] "Something strange... in the neighborhood!" I had the whole Ghostbusters toy set with the firehouse and the car and everything. Sometimes I'd use my grandpa's camera and make little stop-motion cartoons with those toys-- I was definitely a weird kid.

I was a big Nintendo freak around then, too. One time, I went to my friend's house and we couldn't play his Nintendo because it wasn't hooked up. I was like, "I know how to hook it up." He was like, "Really?!" [laughs] We were like three years old.

I actually really liked the music to the Friday the 13th Nintendo game. I still listen to it all the time. I sampled it in a couple records, too. It's hypnotic and dark but also really pretty. 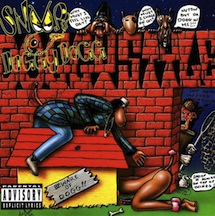 It was the first time I'd heard my mom's music done with something new. They were using instruments, you know? It blew my mind! When the horns come in with the voices and the singing-- it was immaculate.

I also remember that my cousin gave me an Igor Stravinsky CD. At first, I didn't like it. But then I was like, "This is the music to Fantasia!" I really got into it. Then I got into Tchaikovsky and it just went on from there. That was just a very pivotal time in my upbringing.

Yeah, and drum 'n' bass. I used to play saxophone in middle school band and there was this really strange kid who played the tuba behind me. One day I heard some crazy shit coming out of his headphones-- turns out that was the first time I'd ever heard drum 'n' bass.

Pitchfork: What was it like playing saxophone in middle school considering your great uncle is, um, John Coltrane?

It was weird, man. I'd always go and see my cousins play horn and wish I could contribute to that conversation. So I started playing and I was pretty good. But once people in class started figuring out my lineage, it became this kind of pressure. I didn't feel as connected to the horn as I wanted to, so I just let it go in high school.

Also, they had us playing the corniest tunes. I was in the jazz band and they were playing, like, Duke Ellington. The Duke is cool and I respect him, but it's not what I wanted to play. I was like, "When are we going to do 'Giant Steps'?" 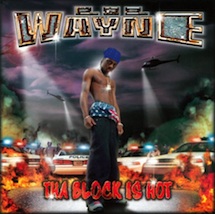 I was a real big fan of Lil Wayne when he first came out. I liked the fact that he was young and just a fucking badass, hanging out with the old motherfuckers [laughs]. It was really inspiring to see for me since I was making music, too. I was doing these Dr. Dre-influenced beats at 15 and thinking that no one would ever care about my music. But then there's this guy who's my age and killin' it.

But this is where it gets embarrassing [laughs]. I was also listening to shit like Korn. And I first started checking out Metallica on their album with all the strings, S&M. Stone Temple Pilots, Smashing Pumpkins, all that. But yeah, girls didn't like that shit. I had trouble meeting girls. No one was trying to talk to me like that.

In high school, I was that guy who was trying to be cool with everybody, but I never really had a core group of friends. I was definitely the weirdo because I was getting high before everybody else, too [laughs]. It was kind of rough. And then I got kicked out of school junior year because I basically told an undercover cop where he could get weed at school.

But it was the best thing that ever happened to me! Literally, dude, no sarcasm. It really opened my eyes because then I went to a continuation school for kids with drug and abuse problems called Henry David Thoreau High School. I felt like I was finally at home with these other weird-ass people. I was meeting, like, 15-year-old kids who were hooked on crack. It made me realize there are some real people out there and they're not all trying to be like TV characters.

Luckily, I didn't have it that bad and I only had to be there for a semester. But I ended up staying the whole year because I loved it. And, ironically, I graduated faster than if I'd finished at my original high school because I could go at your own pace. I was like, "Shit, I'm just gonna kill this and get the fuck out of here." 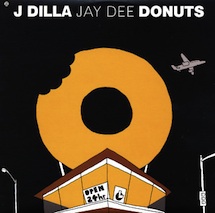 That was that phase when I was like, "Everything on the radio is bullshit! You're all being lied to! This is all a conspiracy!" I was listening to a lot of Stones Throw stuff: Madlib, Quasimoto, Jaylib, Dilla. That music had so much heart at a time when it felt like people just cared about shiny shit and fucking bitches.

I actually worked at Stones Throw for awhile. I started interning there right around when Donuts was happening. It was such a good experience. They knew that I made music and were supportive of my endeavors, but they weren't trying to fuck with it. I think they just saw me as the little homie. But it was around then that I started getting a lot of play in the UK.

A lot of the labels that were interested in my work were like, "OK, who's going to sing on it? Who's going to rap on it?" Even Stones Throw was like, "Man, who's rapping?" There was a time where I was chasing down MF Doom to do stuff, just knocking on people's doors. But they wanted to charge me to rap on my stuff. I was really put off by it. I hate that music has come to that point where it's all about the features and who's on it and all that shit. The names aren't really important, it's the music that makes the show. 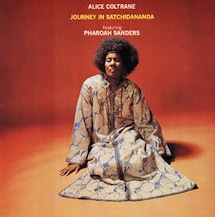 It was right around when my mom died, and I was really vibing with my family's music. That time in my life was so nuts. I feel like the hardest things have already happened to me at this point, so whatever else happens is all good.

There was a lot of inward journeying while I was making Cosmogramma, a lot of soul searching and evaluating my place in the world. I think it's my most introspective work in that way. I don't think the stuff I'm doing now is like that but it has that thing in it-- that tingle [laughs].

At this point in my life, I'm more open to the radio than I have been in awhile. But I do think that a lot of the pop stuff is truly bullshit. Sorry. [laughs] But I still like Lil Wayne. I feel like he cares more than most. And his work ethic is ridiculous and has to be respected. Even if you think he's talking about bullshit, at least he's trying.

Pitchfork: Have you ever tried to work with him?

I'd love to, man. I'm waiting to get the call. I feel that way about a lot of rappers. I feel like I'm hip-hop's fucking weird step-child and they don't want to see me. Like, why haven't I done work with Kanye? I'd hope by now he's heard of my shit. Maybe they don't care. Maybe my shit's just too weird.